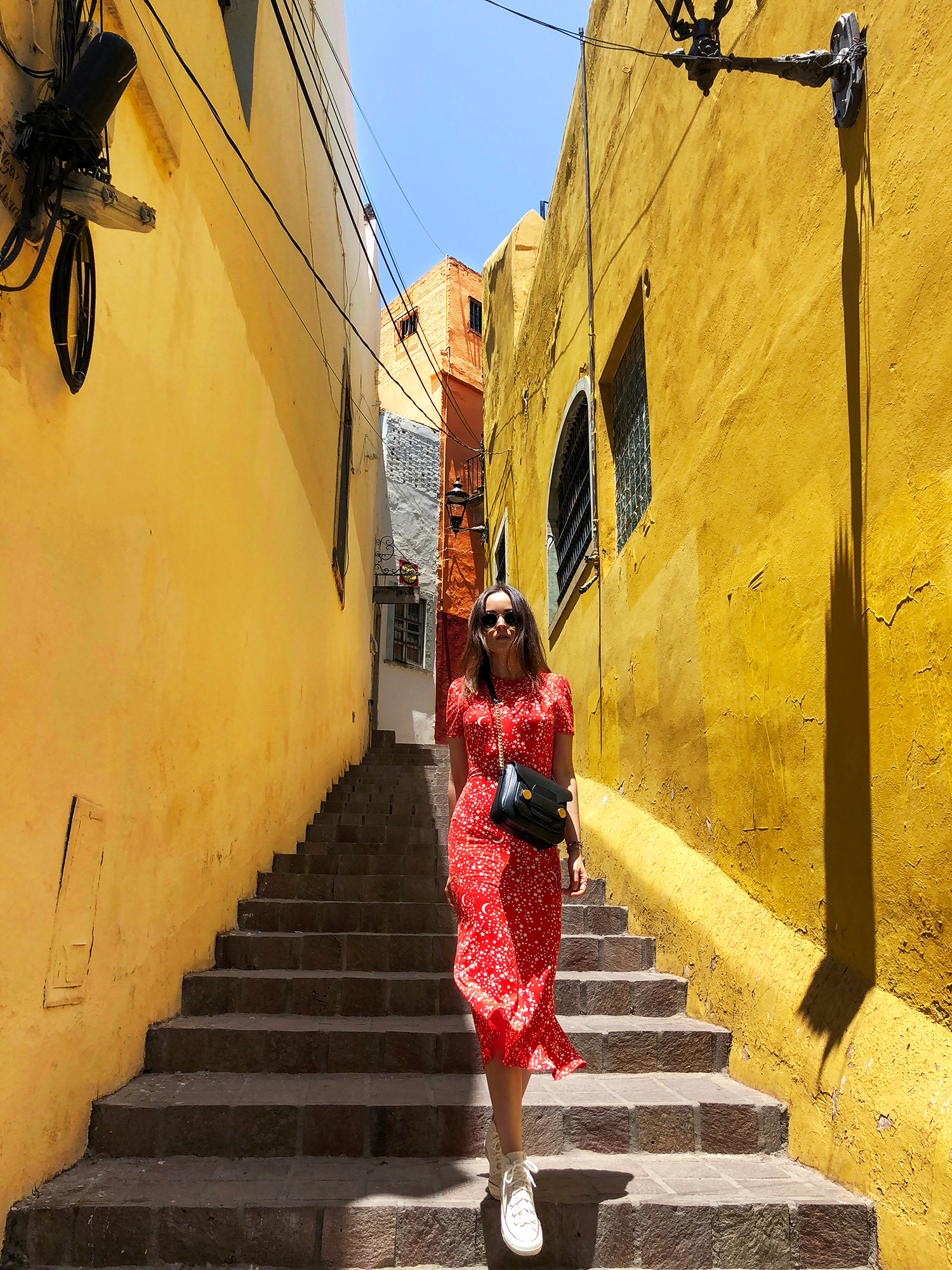 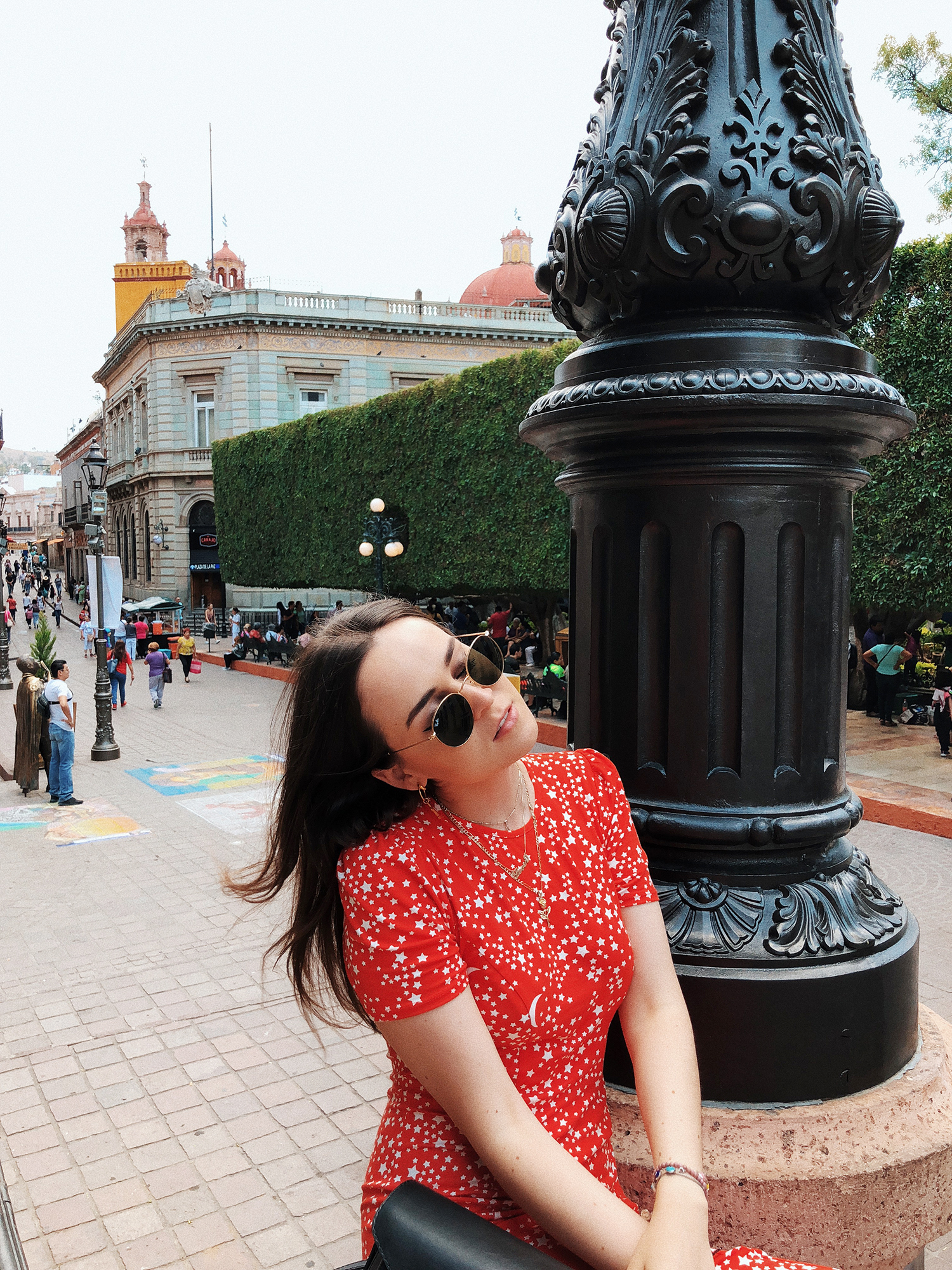 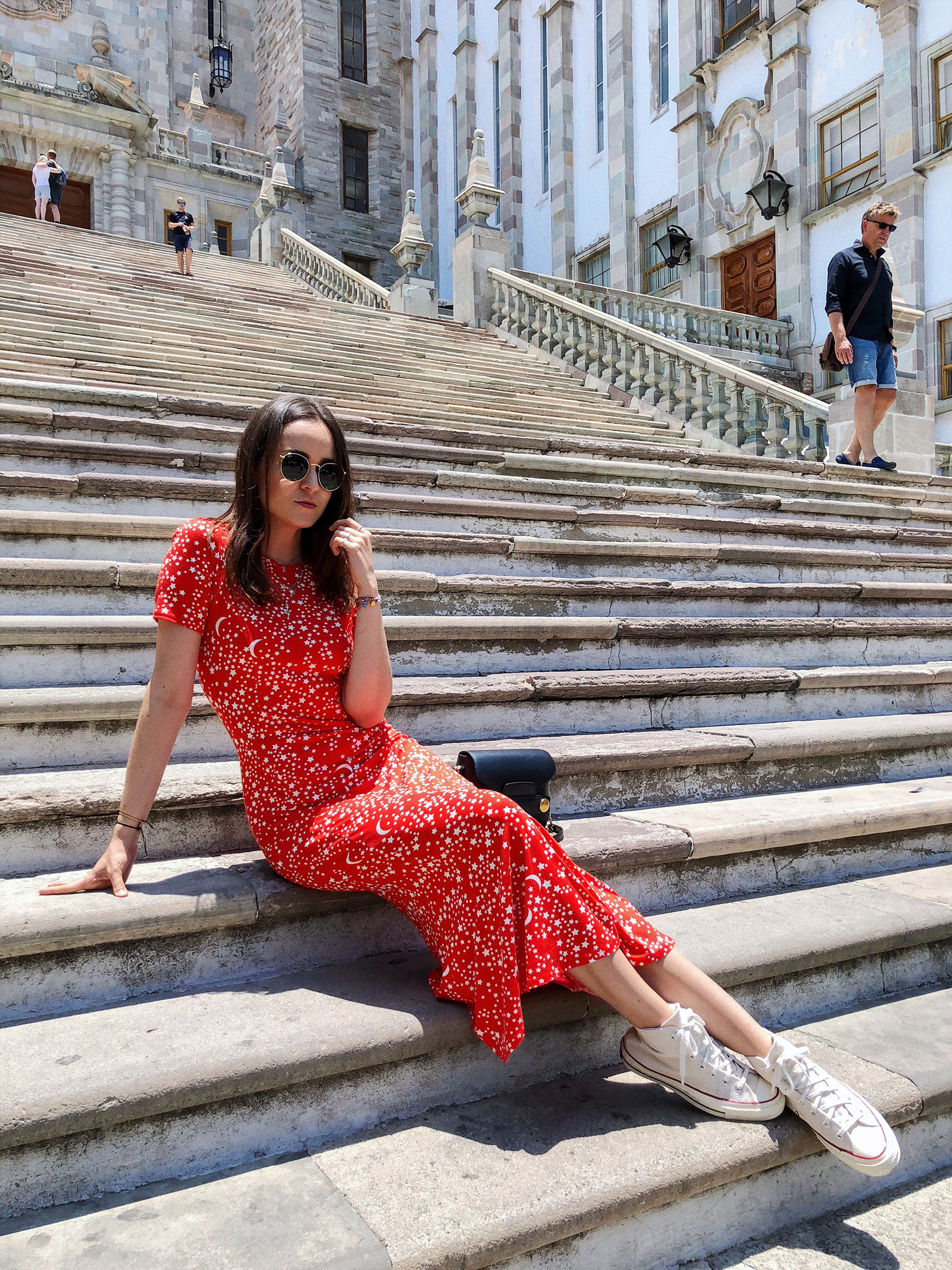 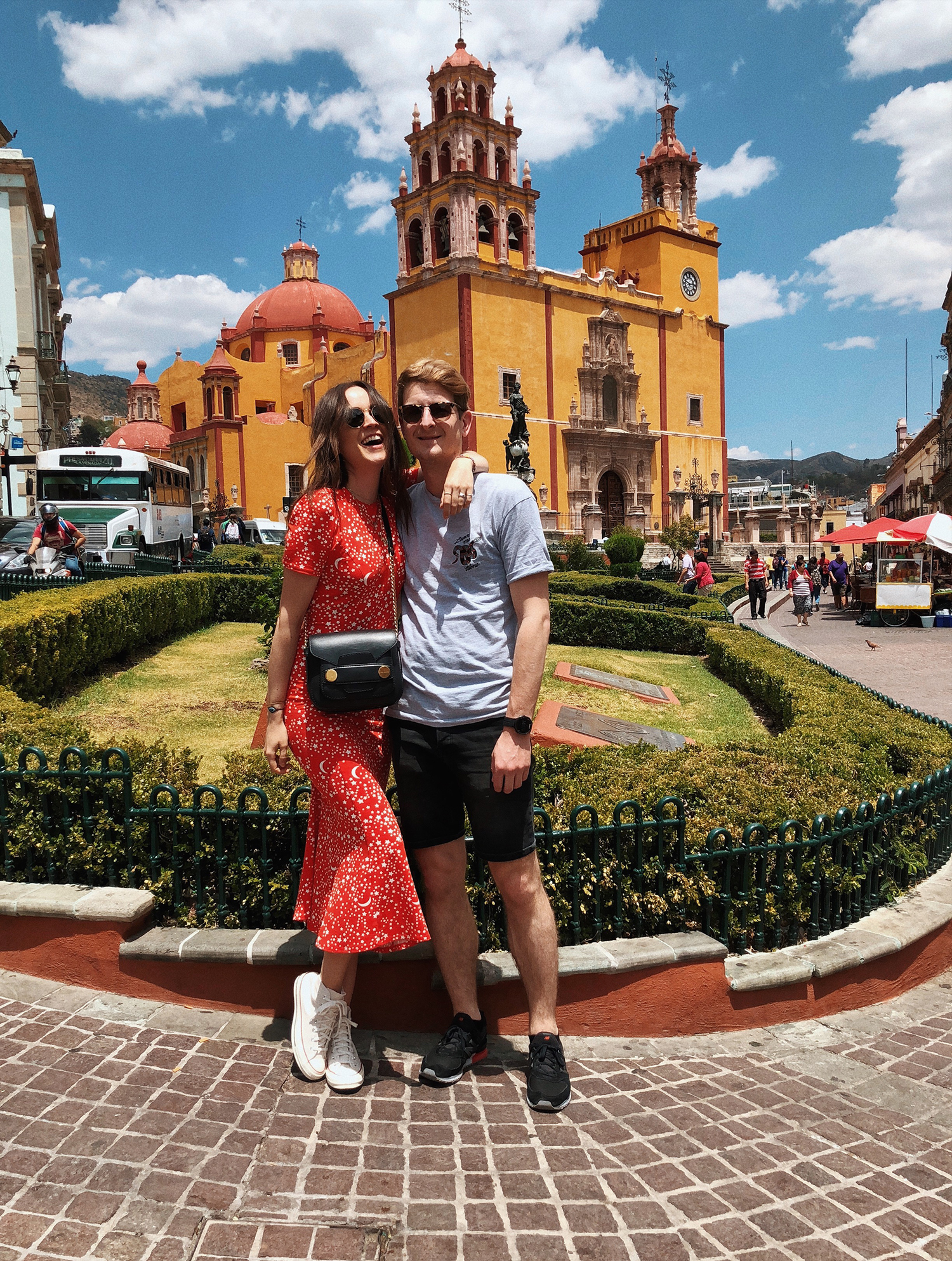 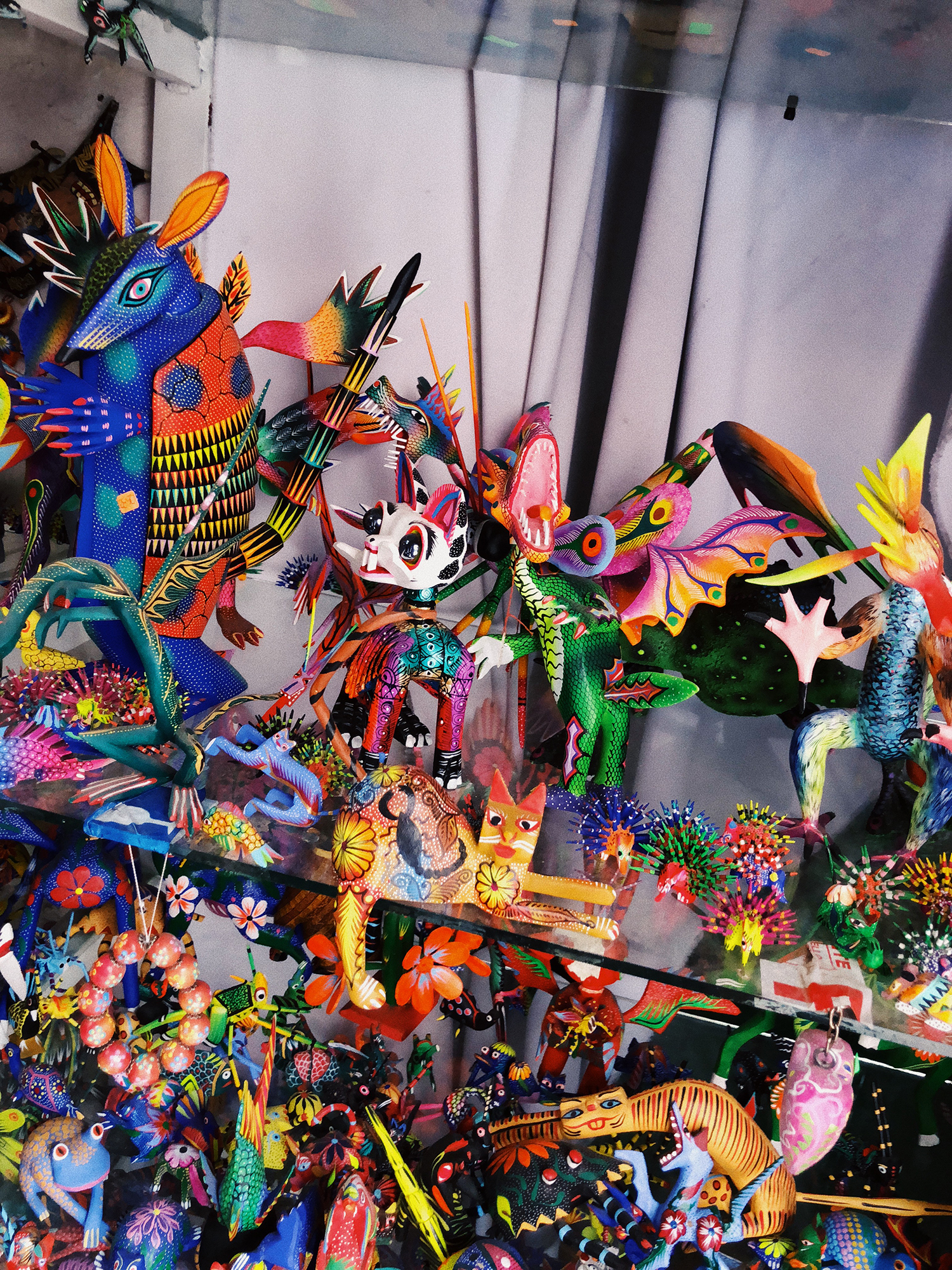 One of my favourite Mexican artisan work; “The Alebrijes” 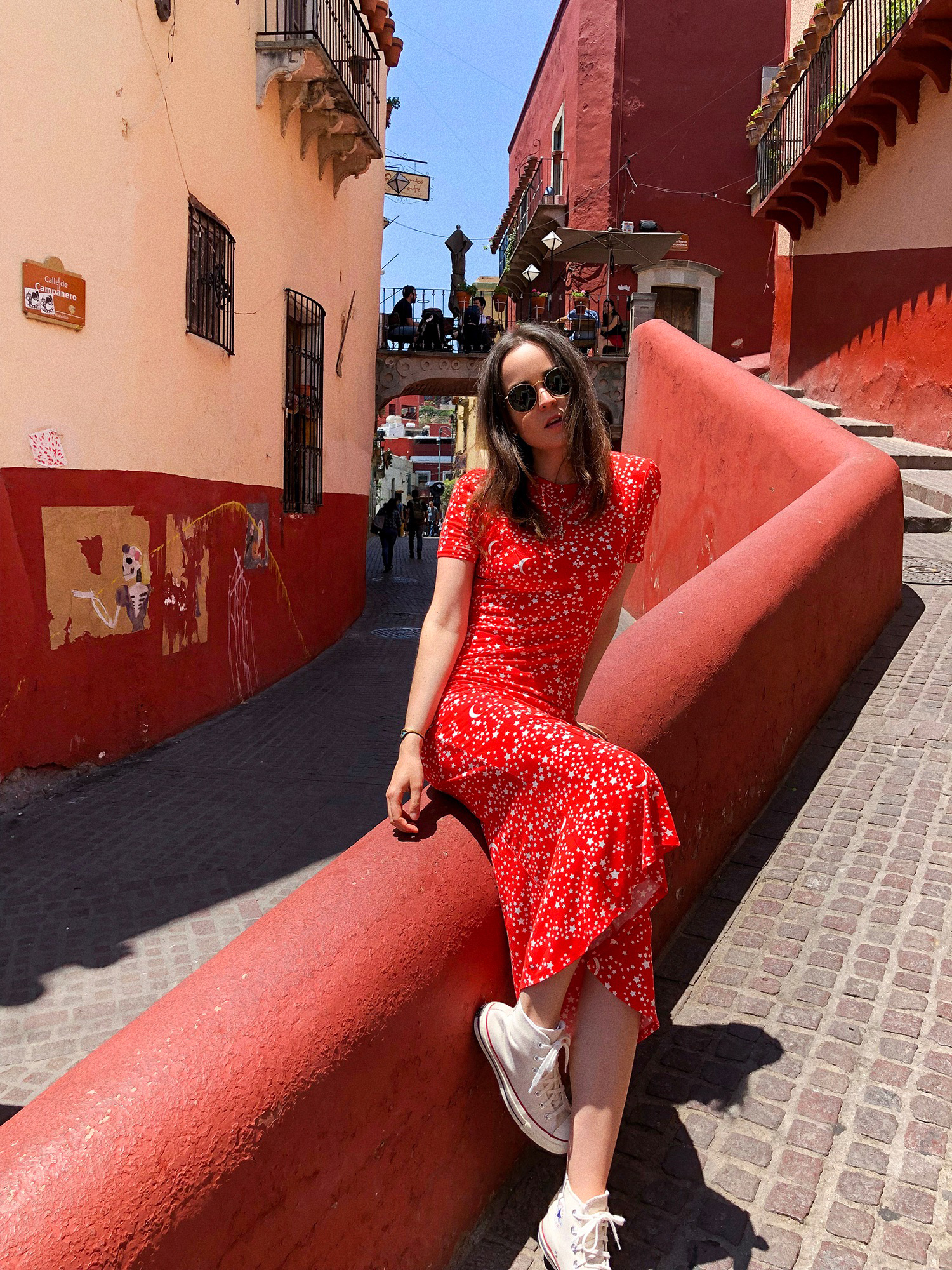 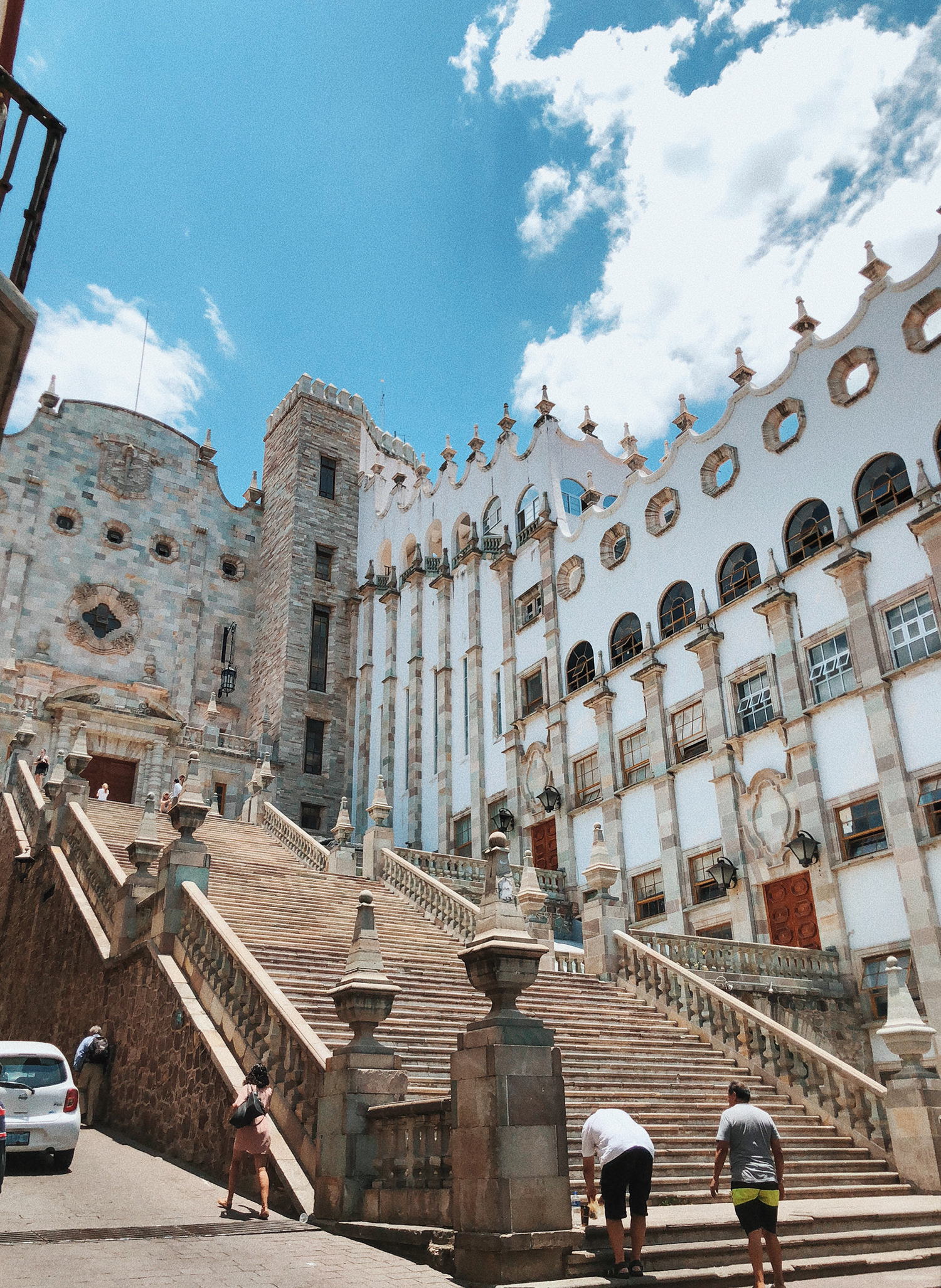 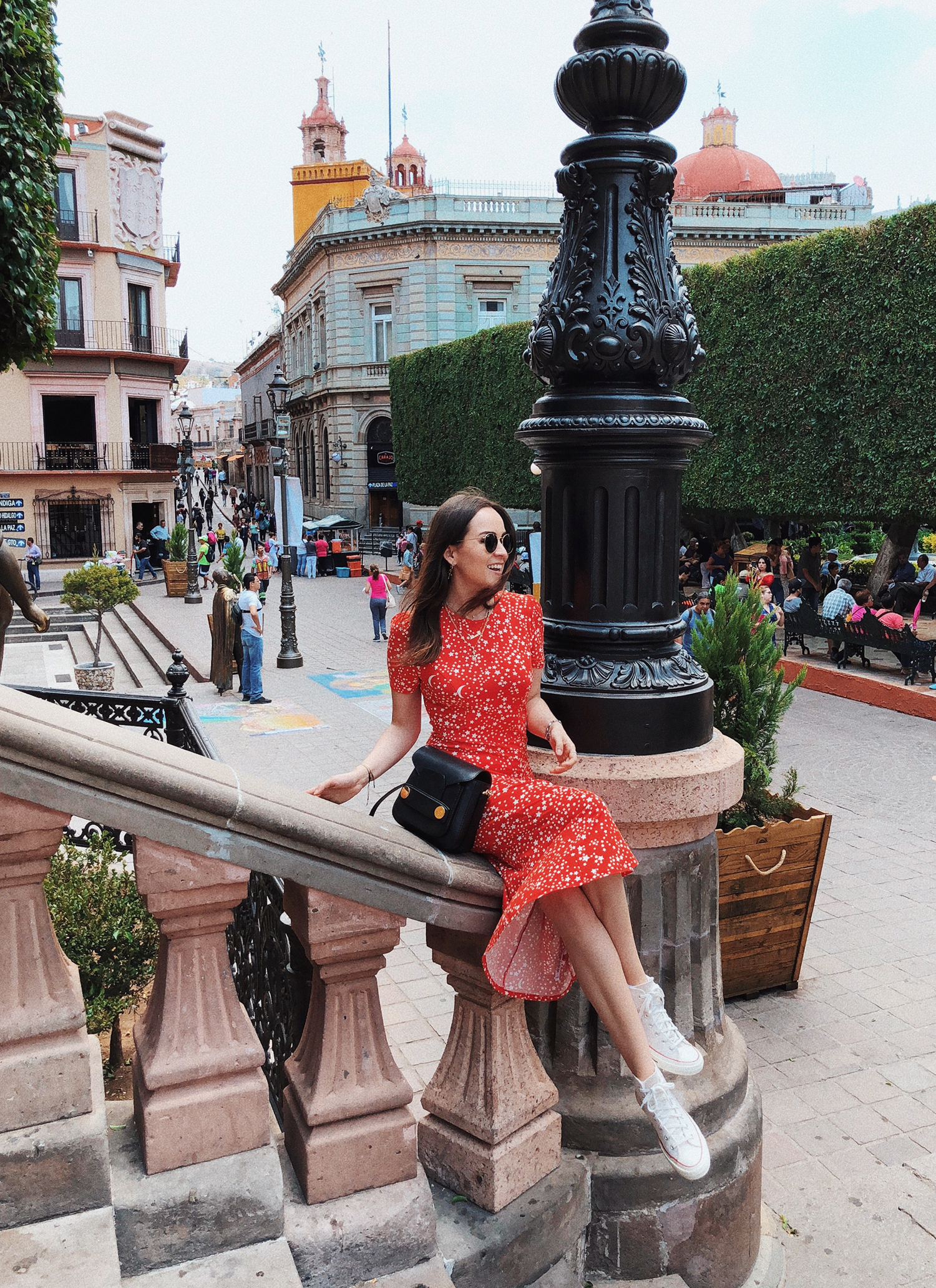 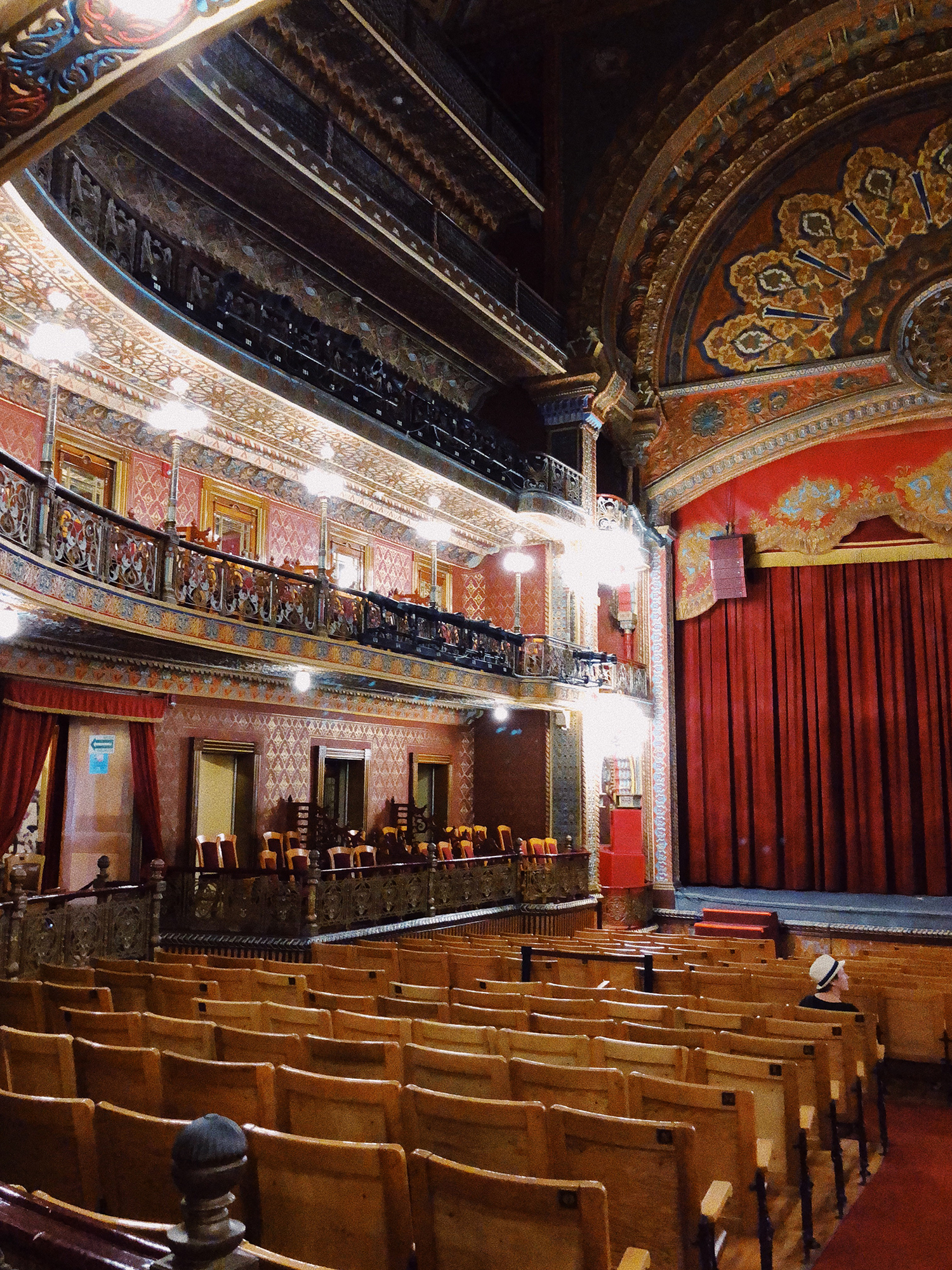 The inside of the “Teatro Juarez” 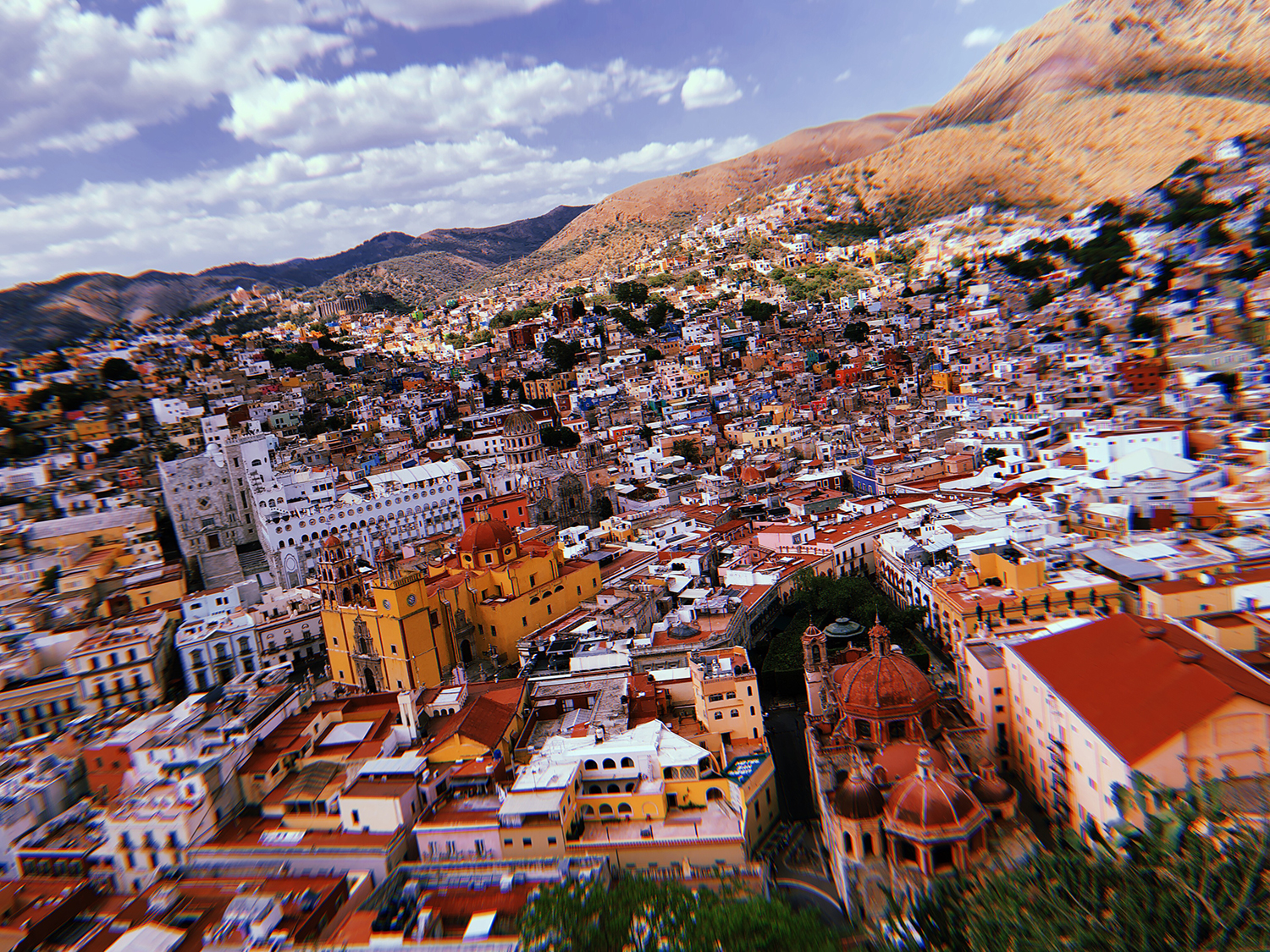 View of Guanajuato from “The Pipila” 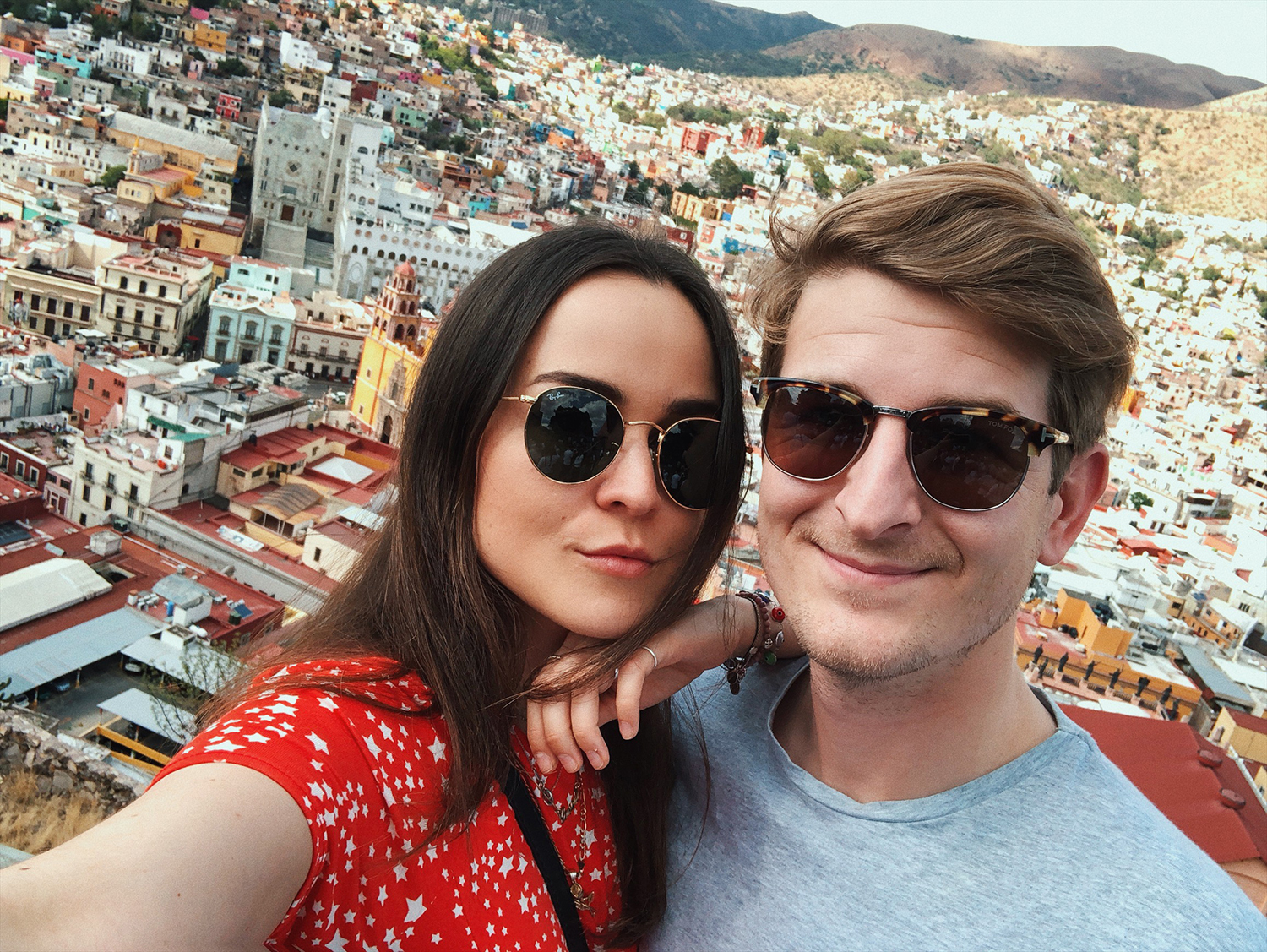 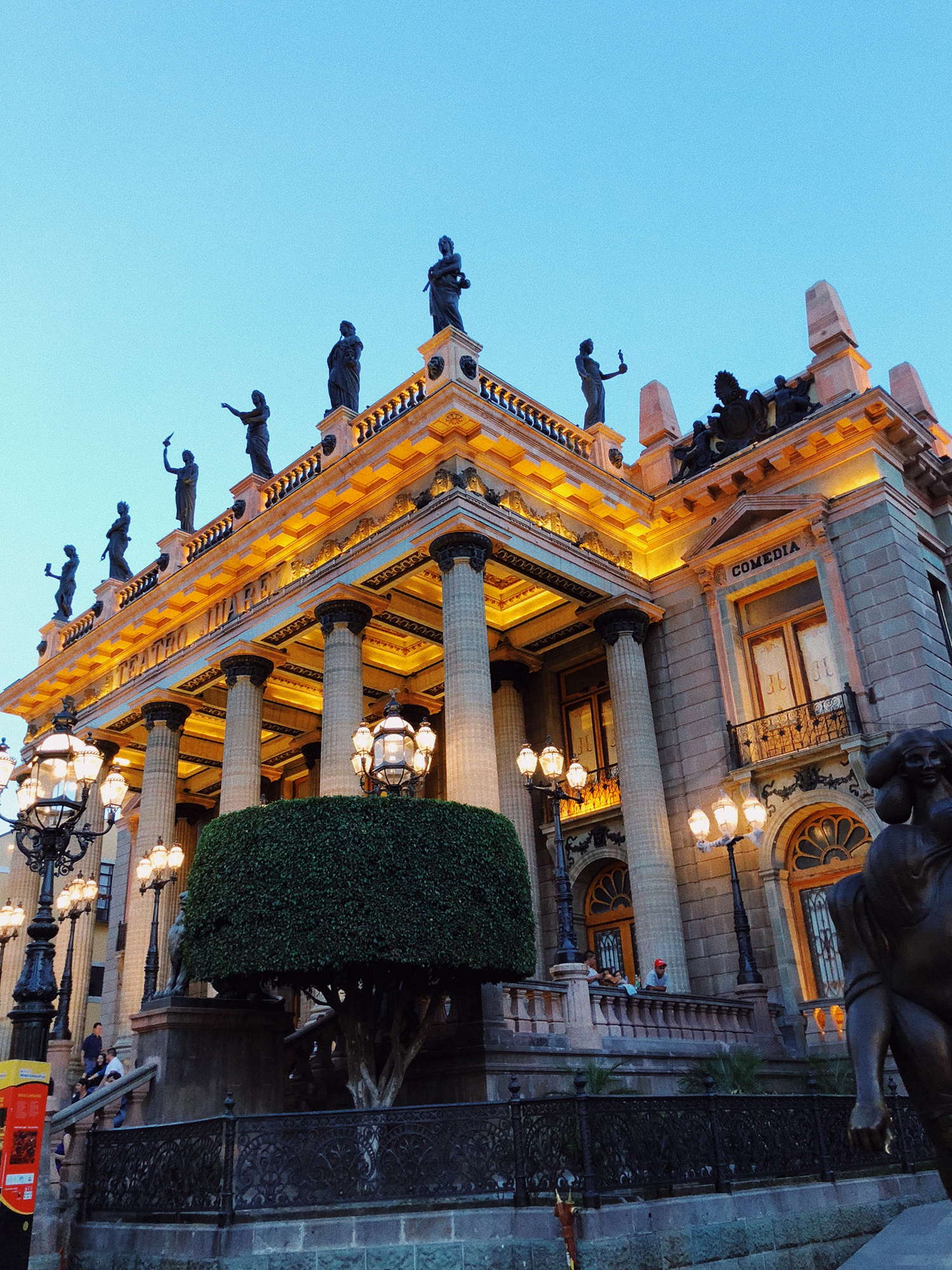 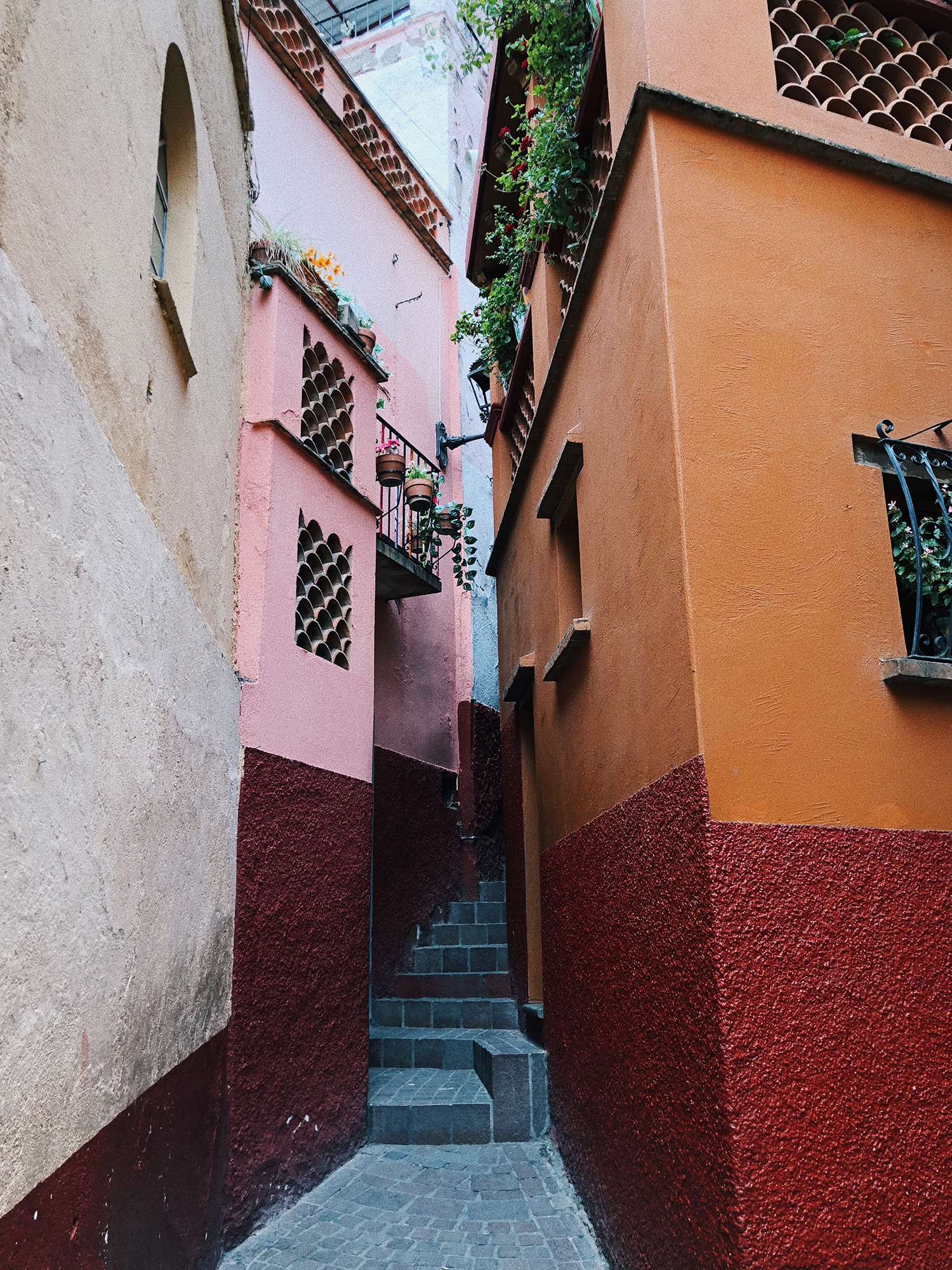 I’ve been a little MIA but for the best reason possible. My boyfriend and I had been planning a trip to Mexico for literally MONTHS and not surprisingly, time went by way too fast and we just came back from the most amazing three weeks road-tripping around my homeland…It is IMPOSSIBLE to see everything Mexico has to offer in just three weeks, but I tried my best to plan a trip that with be worthy to remember and a trip that really showed my boyfriend the diversity of my country.

Of course meeting my family was on top of my list, so we spent the first week in my home state of Guanajuato, having some quality time with my family but also taking him to visit my favourite cities in the state, Guanajuato and San Miguel de Allende. I might be biased because I grew up there (originally born in Guadalajara), but I really do think that Guanajuato is one of the most beautiful states in the country. Located right in the center of Mexico, I always like thinking we are blessed with having perfect weather all year long (until climate change hit and Summers are getting too hot to bare, but thats another story). Guanajuato is not only beautiful and picturesque, but its also the “Crib of Independence” (where the independence movement in Mexico started, on the first decade of 1800), so its drenched in history. From museums, to tours around the small alleys in the town, Guanajuato is a city of legends, ghost stories and romance.

Some of my “Must See’s” in Guanajuato are:

*El Teatro Juarez: This theatre is one of the most beautiful theatres in the country in my opinion. Built at the end of the XIX century and named as a tribute to Mexican former President Benito Juarez. This theatre has a stunning facade and its located in the centre of Guanajuato by the Jardin de la Union.

*Callejones:  Guanajuato is famous for its “Callejones”, which literally translate in alleyways. Each callejon has its own particular charm, surrounded by coloured housed and they often come with a legend, tale or tradition attached. One of the most famous is “El Callejon del Beso”, or the alleyway of the Kiss where legend has it; When two lovers pass through the “Callejon del Beso”, they must kiss on the steps in order for their love to last forever.

*Plaza de la Paz: “The square of the Peace” is one of my favourite sights in the city. Perhaps because I have too many good memories from when I studied there and used to walked past it with my best friends every night, but it also has a breath taking view of the colourful Basilica.

*Jardin de la Union: The Union Garden is the heart of Guanajuato. I grew up running around this beautiful garden, dancing at the kiosk and buying candy and ice cream from the local vendors as my grandmother had a restaurant right on the square. I have such beautiful memories of that place and it was definitely on top of my list for my boyfriend to see. Not only is it beautiful, but you can also find really cosy restaurant/bars along the share where you can eat and drink while listening to street musicians play and if you are lucky, a mariachi might also find your way!.

*City view from the Pipila: The Pipila is a statue located on a hill and its a tribute to the Pipila, a local hero from the Mexican independence.

“Pípila, became famous for an act of heroism near the very beginning of the Mexican War of Independence, on 28 September 1810. The insurrection had begun in the nearby town of Dolores, led by Miguel Hidalgo, a criollo priest born in Pénjamo. He soon moved to the city of Guanajuato, Guanajuato, where the Spanish barricaded themselves–along with plenty of silver and other riches–in a grain warehouse known as the Alhóndiga de Granaditas. The granary was a stone fortress with high stone walls, but its wooden door proved to be a shortcoming.

With a long, flat stone tied to his back to protect him from the muskets of the Spanish troops, Pípila carried tar and a torch to the door of the Alhóndiga and set it on fire. The insurgents–who far outnumbered the Spanish in the warehouse–stormed inside and killed all the soldiers and the civil Spanish refugees. Some accounts say that Pípila was not alone but went accompanied by other indigenous miners ready to fight for their freedom from the Spanish, but as the story is told today in Guanajuato, Pípila stood alone to break through the door.”

*Universidad de Guanajuato: I hold this place very close to my heart as this is the University I went to for Interior Design. Their campus in the centre however, is one of the most stunning and iconic buildings in the city and probably one of the most photographed places.

Guanajuato is so Rich in diversity that I still have SO MANY places to share with you, like museums, places to eat and for going out, but that will come in part 2. If you are ever considering doing a trip to Mexico, Guanajuato is definitely a state to visit. Mexico has so much more than just beaches and as you get lost in the center of the country, you will find endless “Magic Tows” that will make your jaw drop to the floor.

Stay tined for my next destination and as promised, here is the link (FINALLY), of THE DRESS you have been asking about!

Happy beginning of the week loves!