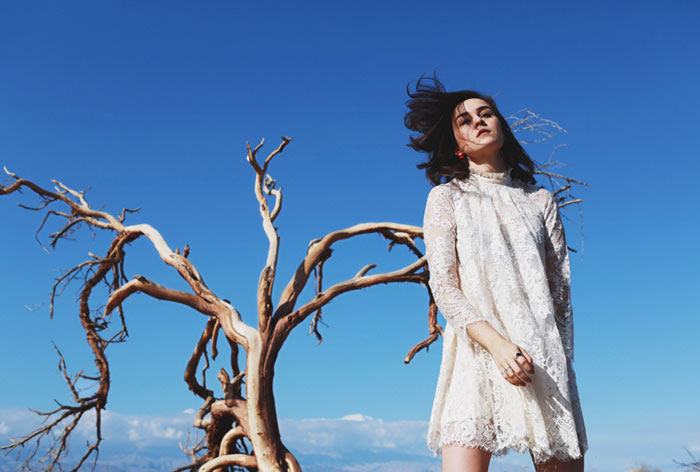 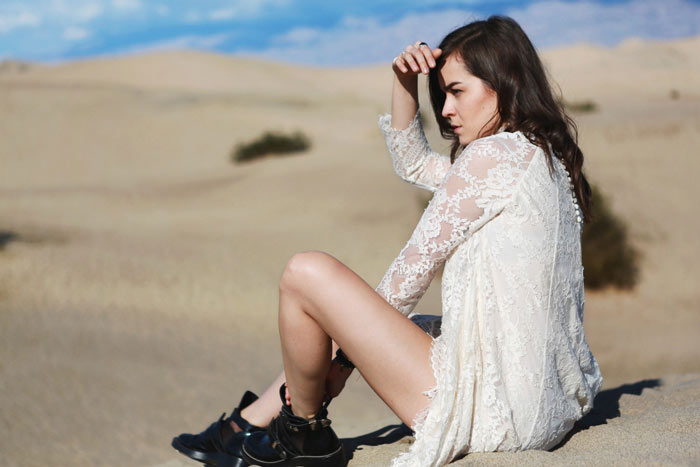 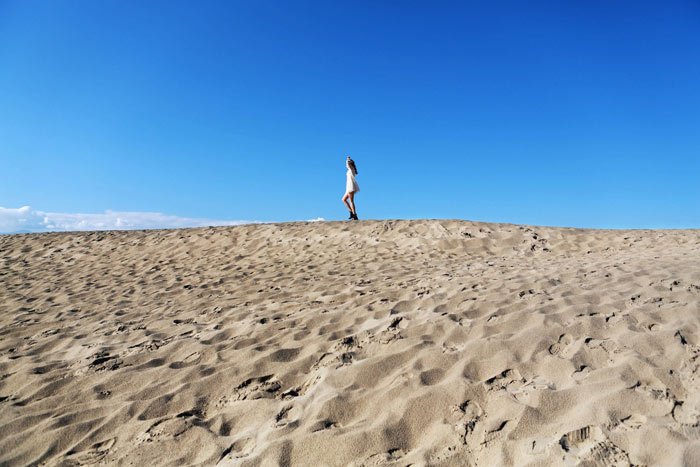 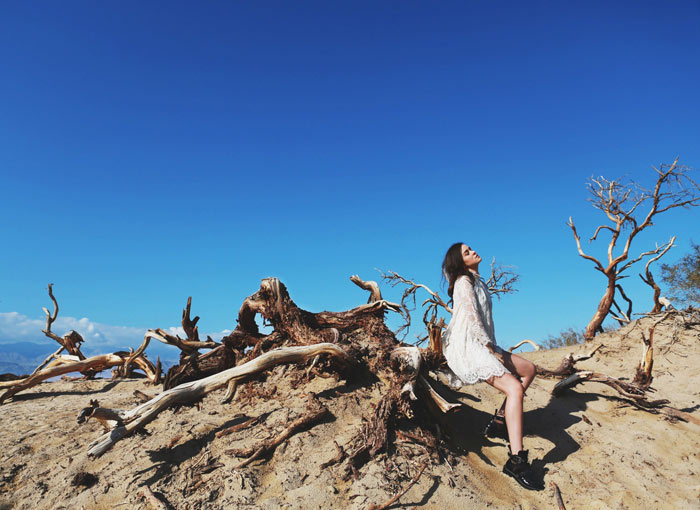 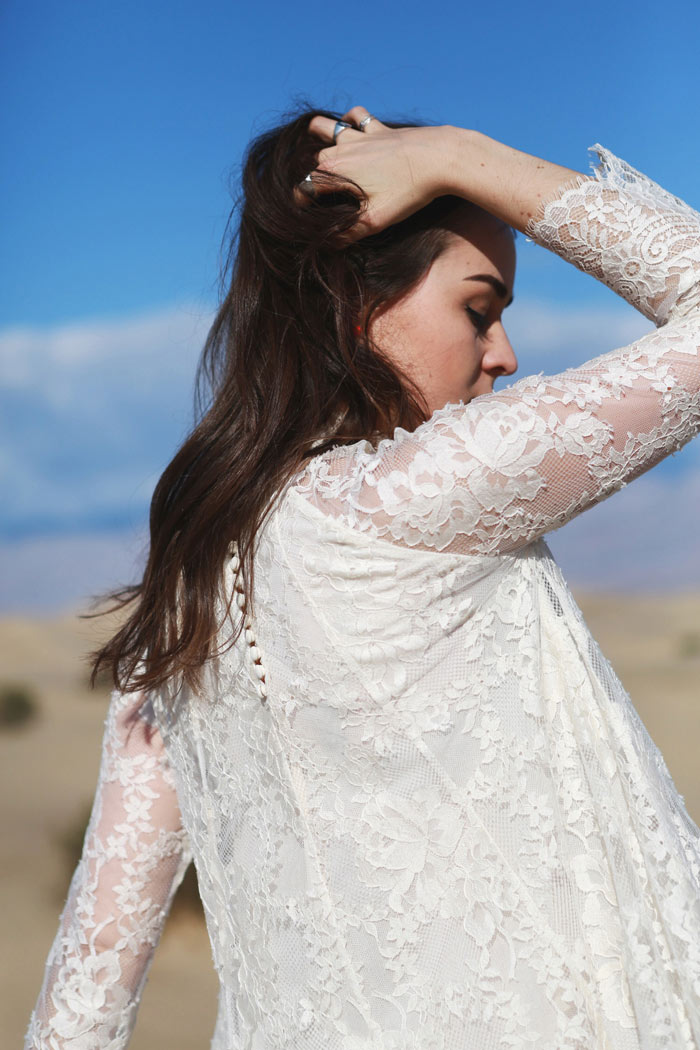 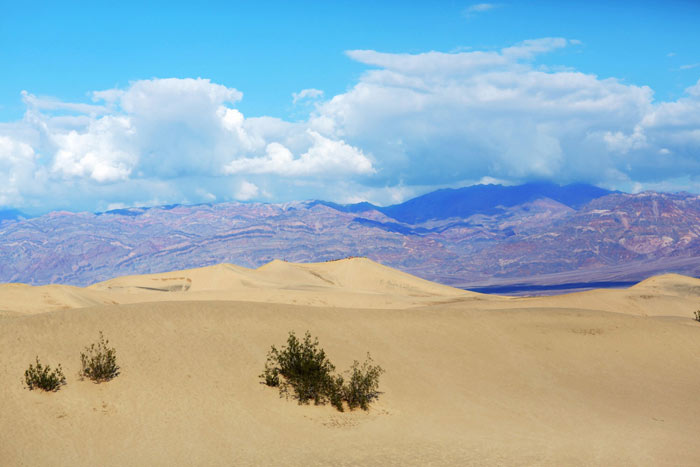 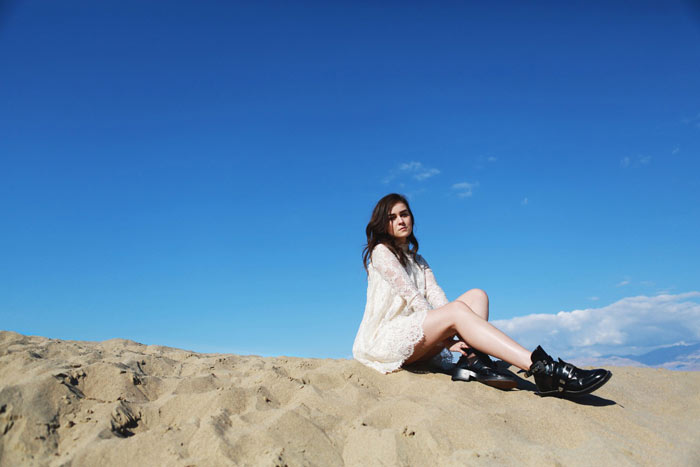 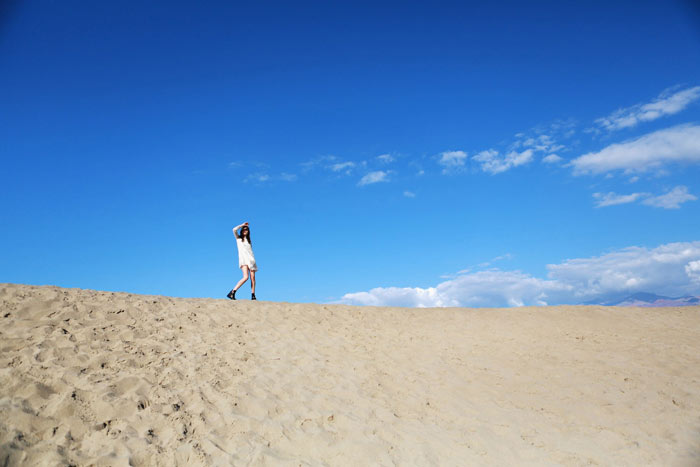 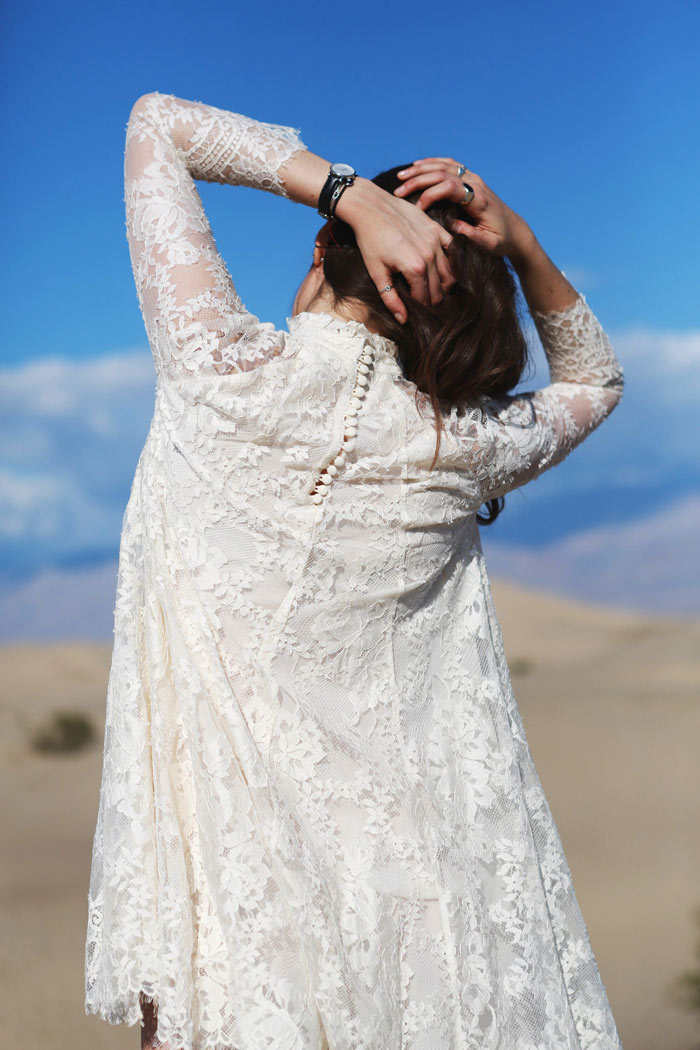 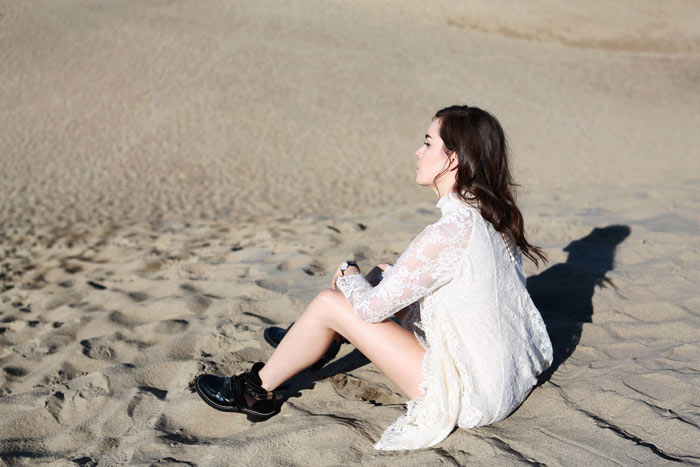 I remember walking for miles on the Death Valley sand dunes, trying to reach the perfect spot for shooting and feeling such a surreal emotion. Everywhere you looked was empty, apart from rocks and sand, for miles and miles. I remember walking and walking, thinking how much I wish I could type out exactly how I was feeling before I forgot, I was sort of overwhelmed with emotion and I think this has been one of our hardest shoots so far. We drove from Las Vegas in the morning into the middle of nowhere, arrived at a small town called Beatty which is the last time I saw some form of “civilisation” for hours and hours. I was sort of scared because there was nothing around, not a gas station, nothing. We stupidly forgot to fill up with fuel before leaving Vegas and we were driving into one of the most hostile places on earth, great idea.
I remember turning left in Beatty and leaving the tiniest of towns behind, to find the longest straight road I have ever seen. -“This is probably the entrance to Death Valley” I said, I was SO FREAKING EXCITED, no joke.
I had a few places I wanted to shoot at and the Sand Dunes were on top of my list. Once we passed the first sign, we lost cellphone signal which means no GPS, which means we had no idea where to go. If you have never been there, Death Valley is incredibly huge, considered the largest national park in the lower 48 states un the US and to put it onto perspective, its 1/3 of the size of Holland.
When we finally got to the Sand Dunes, I had to take a moment to take it all in and look around, such a hostile environment holding such breathtaking beauty, I couldn’t believe how extremely lucky I was at that moment, even hiking up and down sand dunes in the middle of the desert under pretty bright sun and in such a hot day.