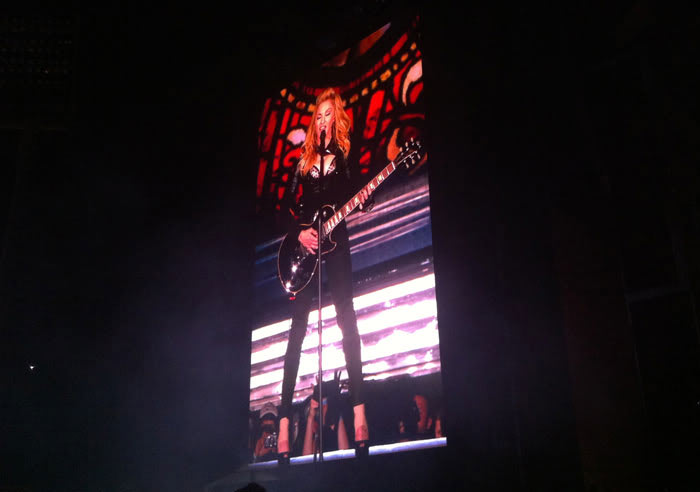 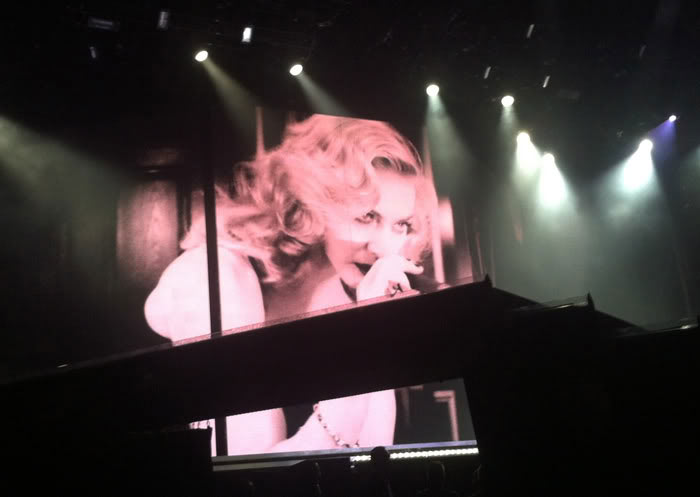 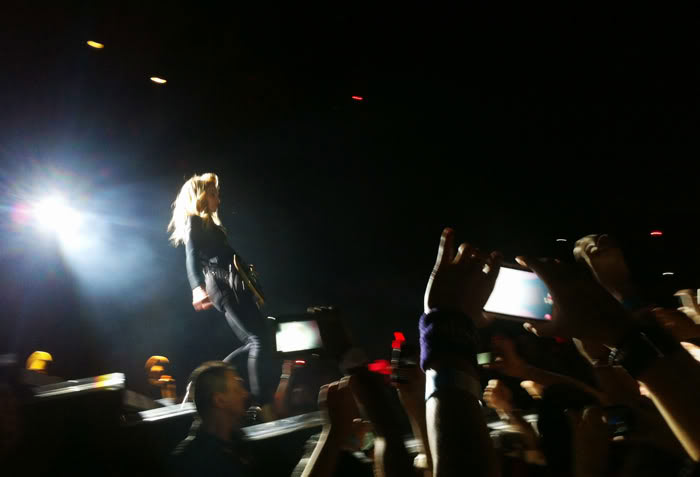 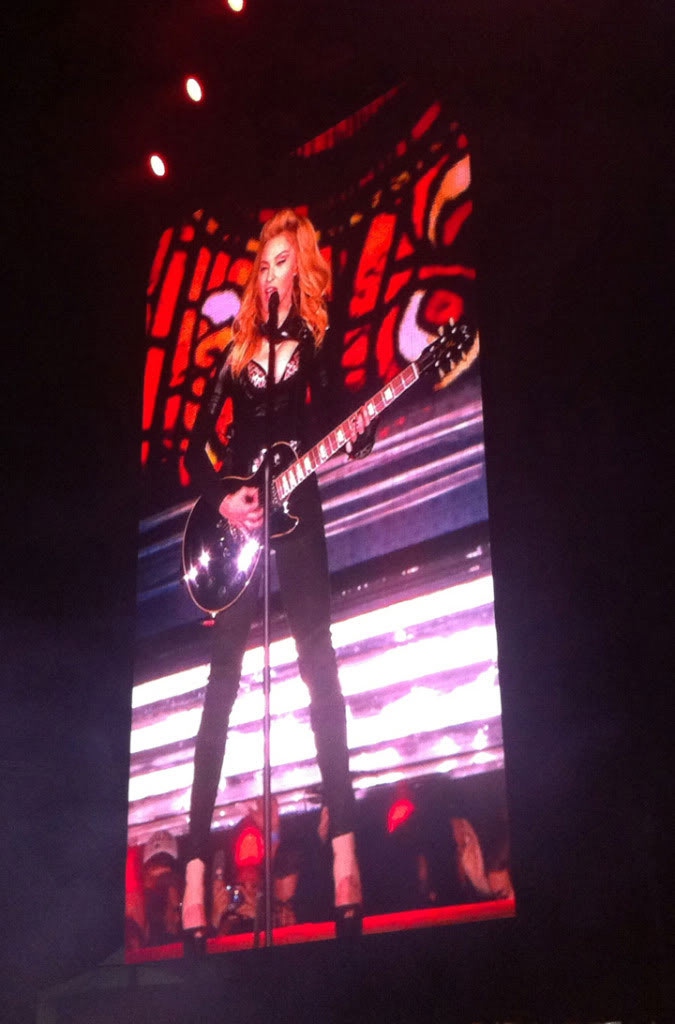 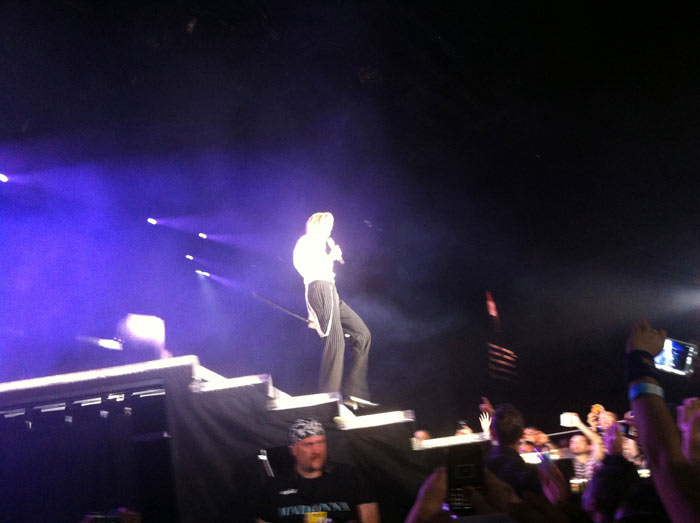 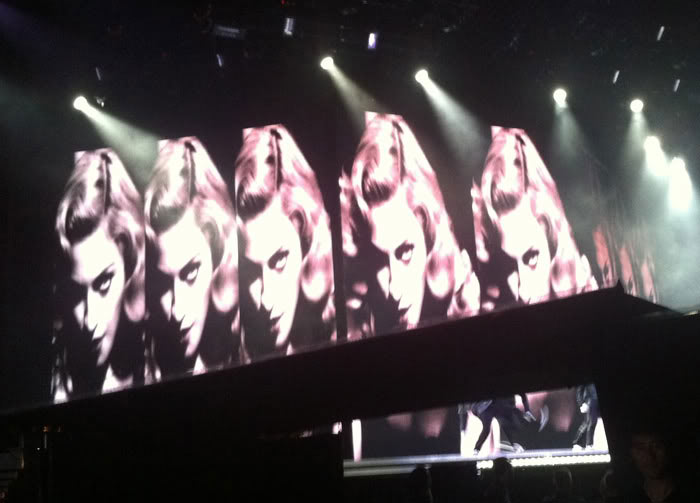 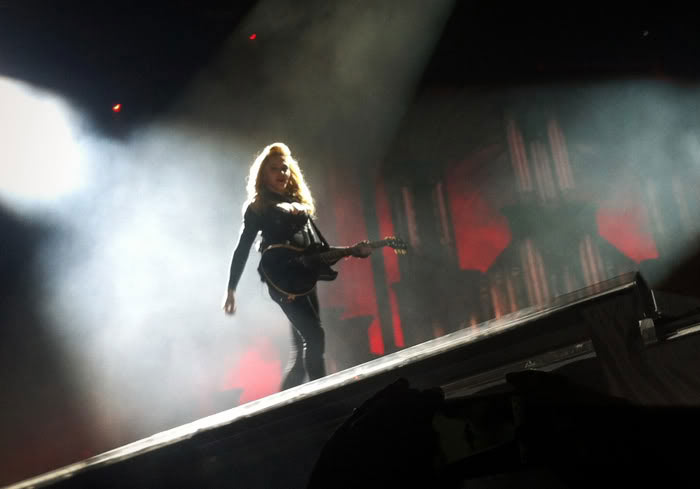 If you also like Madonna, I managed to capture “Like a prayer” -my favorite Madonna song- and Express yourself with my iPhone. I couldn’t feel my arms anymore from holding my iphone up for the entire songs but it was so worth it!

I was lucky enough to go to Madonna’s concert last saturday thanks to LuisaViaRoma. Madonna has always been surrounded by controversy but despite it all, she is still a music legend plus I have been extremely inspired and influenced by her since my childhood. Madonna was the idol and when I say idol, I mean massive idol of one of my closest cousins, people even used to call her Ciccone as a nickname, I think they might still do – Ciccone is Madonna’s last name-.
I remember when we were young girls, my cousin would know every single one of Madonna’s lyrics and choreographies and used to teach it to us. Every time we would get together on the weekends at my grandparents house, she would play Madonna over and over again so she became such a big part of my childhood memories because it reminds me of the time I used to spend with my beloved cousins which I don’t see very often anymore :(
The stadium where the concert was held was absolutely packed and I was incredibly lucky to end up at the very front, right by the stage so I cant complain at all!. This concert was such a dream come true for me and I will definitely cherish this memory for a long time. I wish I could have taken my cousin Mariana with me!
P.S- Pardon my very loud and high pitch screaming in the video but I was very very excited! ;)